After Earth: The Mobile Game | Reliancegames.com

After Earth: The Mobile Game

Based on the action-adventure movie, After Earth the mobile game lets players take the role of a highly-skilled, peace-keeping Ranger. Armed with Ranger equipment like the Lifesuit and Cutlass, as featured in the movie, players will combat and defeat alien and human enemies while speeding through beautifully designed, untouched landscapes.

After Earth the mobile gamefeatures:

– Story Mode: race to beat 20 challenging missions and unlock secret levels in an all-new story inspired by the motion picture

– Infinite Mode: explore dangerous yet beautiful environments while honing your skills: how far will you make it?

– Experience life as a Ranger: don the Lifesuit, hop on your SkipJack and fight off assailants with the use of a Ranger’s greatest weapon, the Cutlass- an elegant and versatile weapon with 22 different configurations 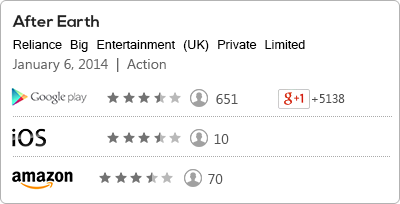